The activity`s content included the role of manipulation – propaganda in Maribor and Slovenia during WWII, their consequences, Jews in Maribor and Slovenia during the second world war, the importance of tolerance in solving problems. The activity was a juxtaposition of the C2 LTT Activity in Poland, where the same topics were explored with the emphasis on Polish history.

The aim of the activity was to compare the two countries, and the two cities – Gliwice and Maribor with the rural town of Ruše – influences devastating world events had on local inhabitants and how they responded to the events, how susceptible they were to manipulation.

The Tolerance Workshop at National liberation Museum was aimed at making the participants aware of the negative effect manipulation and fake news have, the importance of critical thinking, tolerance, empathy, creativity and non-violence in solving problems and conflicts, and the role of people interfering and not taking responsibility.

The participating students and teachers took part in 4 workshops that were carried out at III. Gimnazija, at the National Liberation Museum Maribor, Synagogue in Maribor and the Museum of Contemporary History in Ljubljana. Other project activities included excursions and sightseeing activities in Ljubljana and Maribor, where the emphasis was on sights related to the topic, e.g. stumbling stones, which are the largest decentralized monument to the Holocaust, and a concentration camp in Maribor.

The final day workshops at III. Gimnazija Maribor were dedicated to producing results that would make students think critically, mirror students understanding of the topic and reflect the knowledge and skills they gained, and stress the importance of creativity and cooperation. In Social Awareness workshop, propaganda posters used before and during WWII were analysed and compared to contemporary social awareness posters.  Each group created a poster dealing with the central theme of the project – fake news and manipulation. Each group also created two promotional videos.

The participants included second, third and fourth- year students from the three participating schools, and three teachers from each school.

External collaborators with special expertise – curators at the museum, concentration camp and Synagogue – were invited to the project to carry out workshops.

The activity was related to the normal activities of the involved schools as it dealt with critical thinking, creativity, collaboration and communication, which are the 4 C`s of the 21st century skills and are part of our regular curriculum.

It also supported and reinforced the development of key competences for lifelong learning – multilingualism, digital and technology-based competences, interpersonal skills, and the ability to adopt new competences, active citizenship, cultural awareness and expression and entrepreneurship.

The project is one of the activities in PODVIG – Entrepreneurship in Gimnazija – at GSKŠ Ruše. 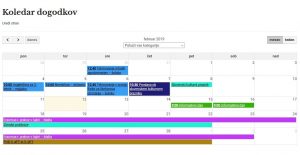